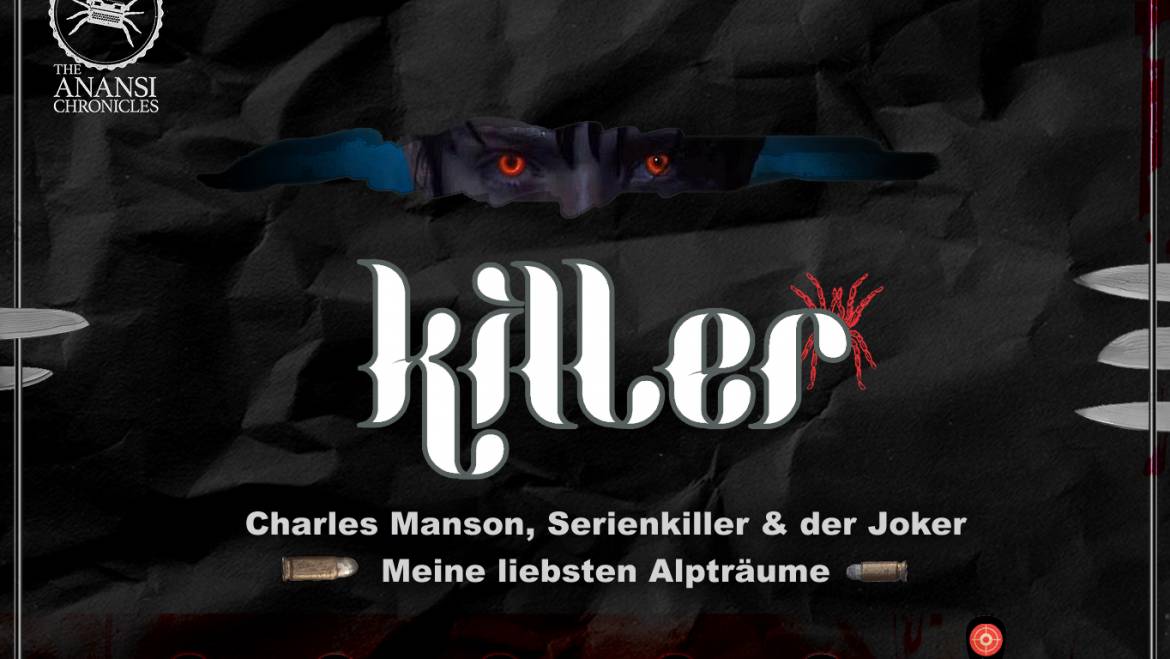 Serial killers are on everyone’s minds at the moment, as well as in conversation. The need to deal with gloomy and gruesome life plans is great. What does that say about us?

We want to watch something scary from our safe TV corner. How evil arose, and how it developed from a seemingly bourgeois existence, the wrong exit was taken and then finally wreaked havoc in the “good” and “reasonable” world. And this with its own “evil” rationality and logic. The good “De Sade” school. Offenders like Ted Bundy are highly intelligent, controlled, charismatic and can win over their victims. The contradiction between a bourgeois life and evil certainly makes up another fascination.

Numerous movies and series have dealt with the theme of the serial killer. The latest a Netflix documentary series ‘Ted Bundy: Self-Portrait of a Serial Killer’ (2019) serial killers like Ted Bundy are back in Vogue. True-crime docs, feature films or books introduce us to people like Ted Bundy, Charles Manson, in the Tarantino movie “Once upon a time… in Hollywood,” and Ed Kemnper, in the series “Manhunter.”

“THERE IS A WOLF LURKING OUT THERE, WANTING MY BLOOD.

WE MUST KILL ALL WOLVES” (STALIN)

In these films, series and books, a strange evil is exhibited as a fascination that casts a shadow on our bourgeois existence.

Evil may interest and occupy you, but it should never develop into pure lust for the sensation. This is especially true if one is inclined to have such a being, i.e. a serial killer, tattooed. For example, “CharlesManson” – his likeness has come into fashion as a tattoo. Is the expression of individuality, adventurism, a departure from bourgeois life? Or just tasteless? How is such a tattoo to be assessed, given the sacrifices that such people leave behind?

If you sit in an indoor swimming, like I did yesterday in a small town in upper Bavaria, and watch as a father lovingly watches over his children while sitting in the baby pool – with a huge Charles Manson tattoo, between all the babies and dedicated mothers (perhaps a little too much) – then one wonders what statement such a tattoo should give: “Great, there is someone with a tattoo of someone who has led young people to multiple murders, initiated a sect, brainwashed, paranoia, racism – all good – a great role model for all the toddlers. Who will one day become a teenager, and then meet such a person as Manson and are carried away – by such “non-bourgeois” and “exciting” murderous thoughts? Preferably with the Beatles’ soundtrack, or better yet, with the songs of Billie Eilish. It can’t be, can it?

“CREEPING AROUND LIKE NO ONE KNOWS
THINK YOU’RE SO CRIMINAL
BRUISES, ON BOTH MY KNEES FOR YOU.” (BILLIE EILISH)

But the outlaw is also attractive, no question about it. Also the idea of breaking out of the conventional framework and aesthetics is also an idea on which tattooing is based. The aesthetics on the skin, which stands above everything else due to its exposed position. Also beautifully portrayed in the film “Tattoo”by Robert Schwentke (2002). It’s about a rather unsavory series of murders of people who decorated their bodies with ornate tattoos. When the bodies were discovered, investigators found that the victims’ skin had been removed. The tattoos were stolen and collected as a “canvas”. You steal the art, not the frame. “Beyond good and evil,” as Nietzsche would say, the aesthetic principle takes precedence over the moral. Only – and Nietzsche would also say this – everyone is asked to create their own moral principles. The problem is not morality, but its general appearance. It is better to philosophize with a hammer and achieve individual moral values. And with that in mind, everyone has to know for themselves whether they want to wear the tattoo of a serial killer or not. While also accepting the consequences. Art is free, man MUST stand up to it.

“HAVE YOU NEVER HEARD OF THE
HEALING POWER OF LAUGHTER?” (THE JOKER)

The fascination for evil also contributes to the fact that thousands of joker images adorn the skin. The film adaptation of Batman’s adversary is coming to German cinemas. What is new is that the viewer now learns the backstory of why the Joker has become so evil. He is no longer the ultimate universal evil that murders and destroys for no reason. In the current film adaptation, the Joker is an avenger, who due to his past, in which a depraved society drives him to his deeds, causing him to fall into psychosis. 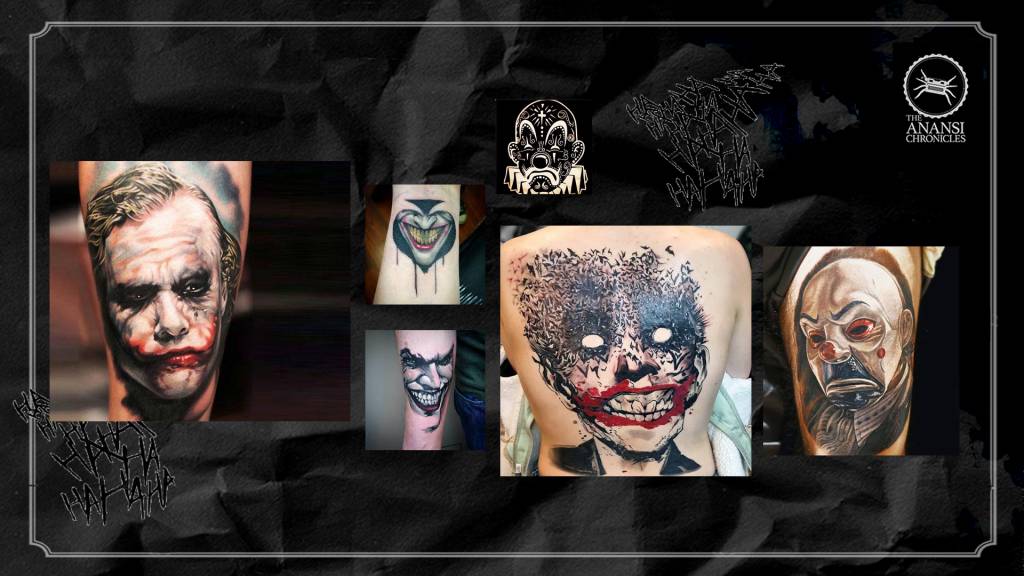 Arthur Fleck (the Joker) lives with his mother in a run-down apartment. People laugh at him and spit on him. The psycho pills he has to take every day do not help him cope with his fears. When his social worker’s job is dissolved, it comes to an apocalypse. The Joker begins to fight back.

A hero? Hardly. But it is a reminder to all of us how difficult it is to deal with insults or social political misconduct. Madness, murder and manslaughter will not lead to success – that much is certain. The Joker tattoo reminds us of our fragility, anger and all the negative feelings in us. However does we needthis memory – always and everywhere?