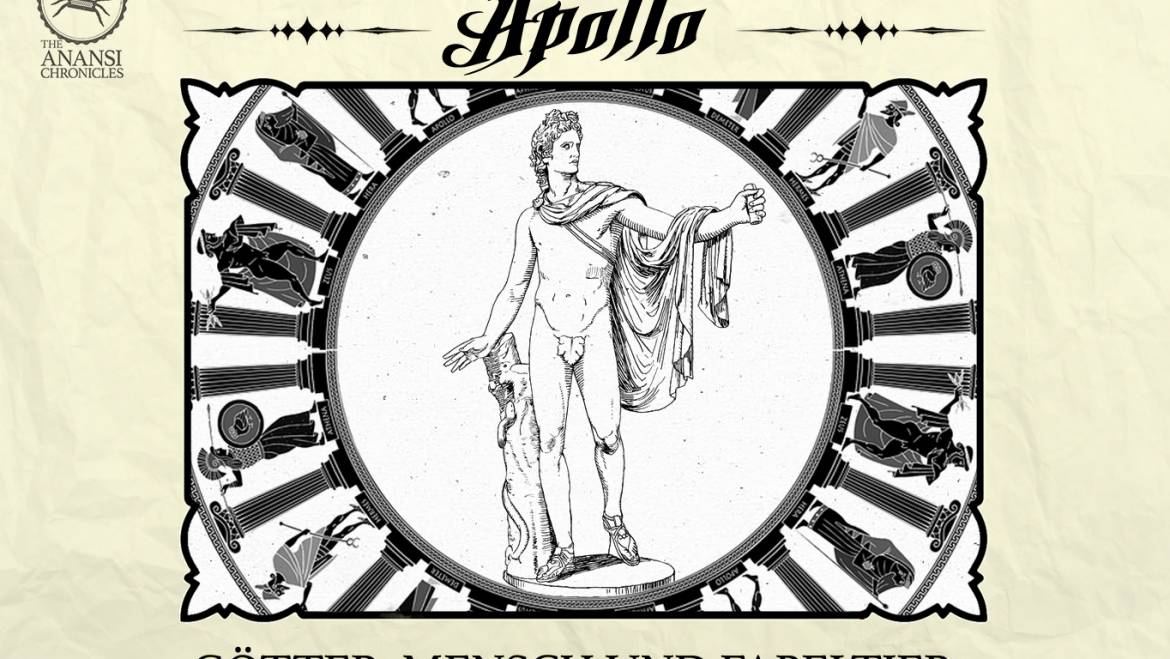 I CAN BE YOUR HERO, BABY, I CAN KISS AWAY THE PAIN

I WILL STAND BY YOU FOREVER

Today we want to see if the god Apollo is suitable as a motif for a tattoo. 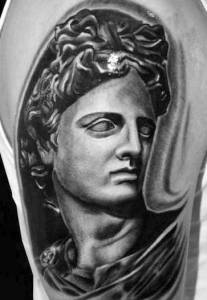 Apollo is the son of Zeus. Last week we had described the sly, amorous temperament of Zeus. And, to put it in a nutshell, Apollo is in no way inferior to his father Zeus in terms of zeal, anger and desire. #me

He even surpasses him: he is less interested in the love adventure and the seduction, but rather in pure self-expression, which in some confrontations even turns into megalomania. For example, he pursues the beautiful daughter of nature, Daphne, with his love oaths. #follow4follow

Daphne, who wants nothing to do with this God and clearly expresses her displeasure to him, soon faces a raging Casanova. Apollo does not endure a basket or defeat. The more Daphne eludes him, the more he falls for the woman. He begs her so steadfastly to take him to her husband that Daphne only has one way out: she asks her father, the river god Peneus, to turn her into a laurel tree – so that she is no longer attractive to Apollo. #blocked

And it works: Apollo sees that a laurel tree probably is not suitable as a woman by his side. After making sure that Daphne will live as a tree until the end of her life, he abandons her and moves from there; not without cutting a few branches of tree-Daphne to wear them as a laurel wreath on the head.

This is a true macho. Or a case for psychiatry. #mentalhealth

By reason of radiant God – rather one would have to say, God of staging, arrogance and self-expression. “Remember this, oh you to tattoo artist,” would Ovid advise the one who wants this god tattooed on their skin? Because it gets even worse.

Apollo has to throw himself into every competition. Example two: After hearing the beautiful flute playing of the satyr Marsyas, he immediately finds himself called to compete with it.

A musical duel is needed! Jury: the muses!

Who might be the better musician? For Apollo, it’s clear: himself! After Marsyas subtly and sensitively plays on the flute, Apollo storms the stage, falls to his knees and plays like a madman on his guitar. One solo chases the next. Then Apollo pushes the music forward with crashing power chords pulling out all the stops, Apollo also begins to sing (which is not possible for The Marsyas on the flute). Apollotortures his guitar left and right and backwards; #heavymetal

Marsyas can’t keep up. The jury of Muses awards Apollo the victory. As a reward, he is now allowed todo whatever he wants with Marsyas. Apollo has Marsyas tied upside down to a spruce and gradually pulls the skin from the bones. #torturing 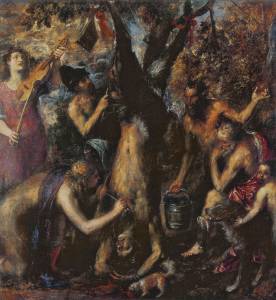 Is this what true winners look like? Well, maybe. But immortalizing such an anti-skin person on one’s own skin seems a little too daring with such dermatological excesses.

Perhaps Apollo feels flattered when he sees himself on the tattooed skin. Woe betide, if not. On the beach of vanities Apollo, God of the sun, may truly take revenge, and then it would not be just a little sunburn.

As a choice for a Tattoo motif, Apollo only gets the Grade 4

(We would give an outright 6, but we are afraid of revenge).

Next time, promised, it becomes more conciliatory: with the motive idea of the friendly, white hare we bring a real sympathy bearer.