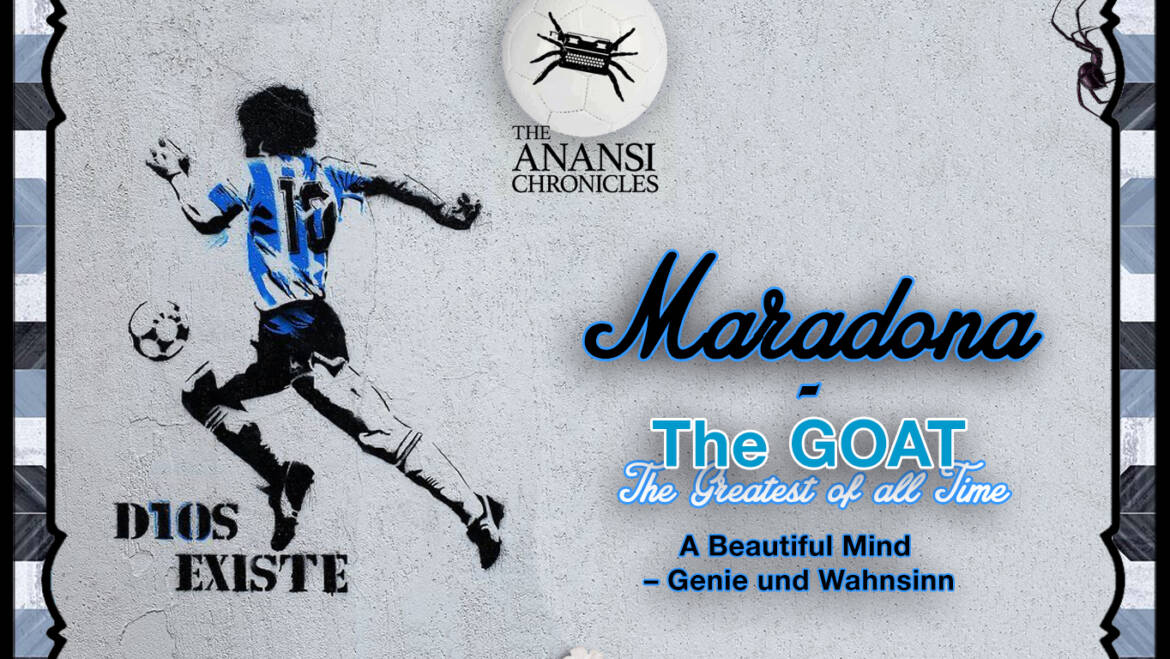 Historically, the world has given birth to many geniuses: Socrates, Leonardo da Vinci, Goethe and maybe even Fraz Beckenbauer. Donald J. Trump also comes into the pantheon of the absolute great minds, at least if he has his way. The US President has declared himself to be a genius. That was in 2018. Currently, Trump has to admit his electoral defeat. He is sold it to us as “common conspiracy”. Cheap goat blocks! Speaking of goat. The geniuses of this world all these special men and women are called:

THE GOAT – Greatest of all time. 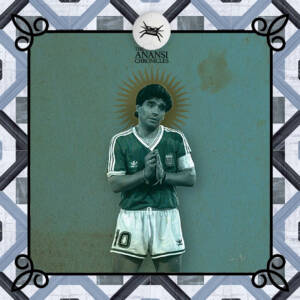 Recently one of these greats, Diego Maradona, left us. He died November 25th. He died of a heart attack, says his spokesman. With Maradona a lot remained mysterious. The soccer star was called a genius. Nobody would deny that if they had watched the Diego Maradona’s solo in the 1986 World Cup quarter-finals in Mexico against England. The goal was the highlight of the century. Everybody knows it. Everyone longs to be able to again adore such a football action.

A genius belongs to their uniqueness. This sometimes gets categorized by others as “weird”. The weirdo is a figure that is very closely related to genius. Angels and Demons – the genius does not always make the right decisions. This especially applies to Diego Maragona.

On one side the “eighth wonder of the world” in football, on the other is the long standing drug usage. The pictures were unforgettable, as the worlds once most agile man, with a ball, hobbled in front of the cameras, his face sweaty and full of tears. Take his arms! We have to save our genius! We need a hospital for the “diseased” geniuses. You gave us so much, whyaren’t we able to better help you? Kurt Cobain was also such a case.

When I studies philosophy in Naples, Maradona was omnipresent. In the Neapolitan streets, on all the alters and crucifixes, were pictures of Maradona. In the lap of the Madonna rested the little Maradona. He was apart of their religion. In Naples Maradona was a god on earth. This was a huge burden. Clearly one that he couldn’t bare. In Naples, everyone, even my landlady Maria Rea, knew that Diego’slife wasn’t only lived to its fullest on the football field: cocaine and prostitutes were his constant companion. The Comorra, the society that pulls the strings in Naples, passionately took care of their idol. 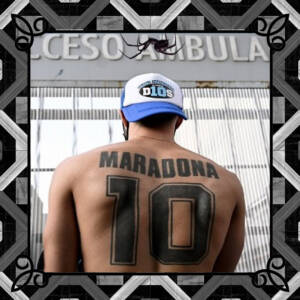 The drug controls were manipulated, the supply of stimulants was organized, everything was removed from him that could prevent his genius.

Loved to death. Drugs and prostitution are rarely a good cure. The usually cause decay. This was true for Diego Maradona. Little by little, the phenomenon of soccer became a fallen “Persona non grata”. The revolution eats its children.

Diego’s tattoo of Che Guevara sums it up. It’s about the coup. To be permanent, “be revolutionary”. A genius breaks from old traditions, shows the world new things and opportunities. To be on the safe side,Diego also tattooed a subversive Fidel Castro on his left calf. Diego was, or is, “revolutionary”. Diego showed the world what is possible with a ball. Not just technically. This footballer also belongs to religious veneration, enthusiasm, adoration and how to enjoy of life to its fullest. The Che Guevara tattoo represents the sweeping revolution.

THE GOAL: the moment the ball hits the net.

THE GOAT: the moment when Sagittarius becomes immortal.

THE GHOST: the moment when the greatness of genius passes.

Often only a hint of the former greatness remains. A tattoo is the best way to be reminded of what actually matters in life: having forever tattooed Maradona, next to Che Guevara and the names of his two daughters; Gianinna and Dalma.

You will never be forgotten in Munich: