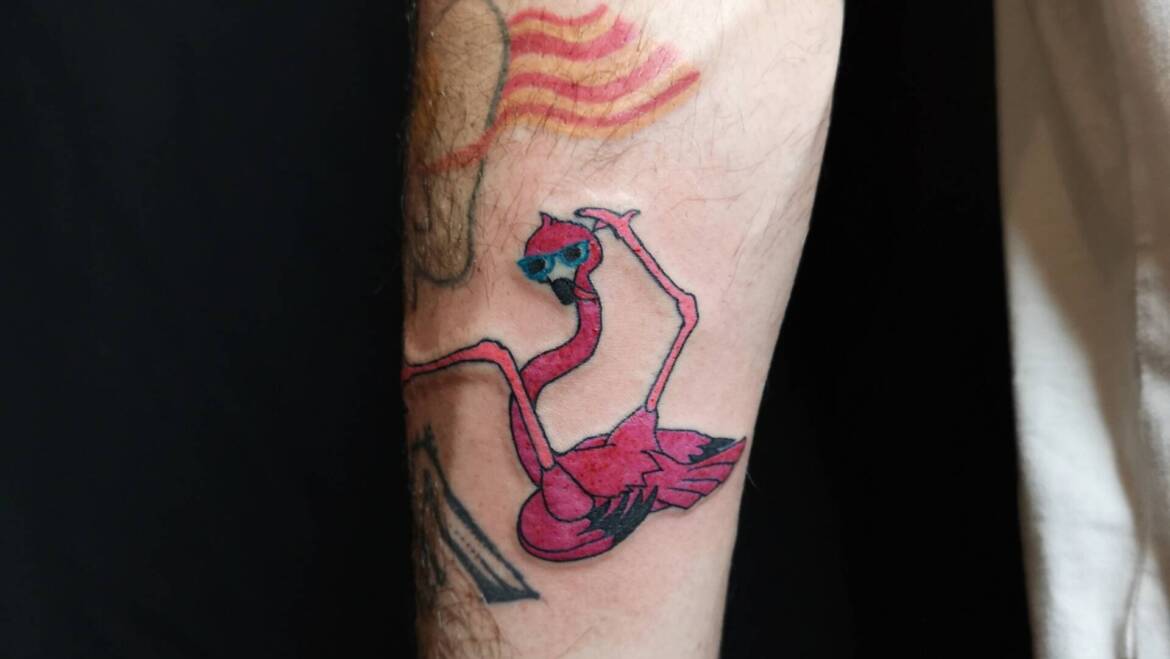 A few years ago, there was hardly a tattoo that had no meaning. Every tattoo immortalized on the skin of the wearers had a story; was meant to remind of something important or was a symbol of the goals inlife.

Some are tired of the meaningful motifs and so the ignorant style began. In doing so, care is taken to ensure that the motives are irrelevant. Everyday objects can enjoy frequent use. Some foods, tools or even ironically implemented cliche motifs got under the skin. The tattoos are humorous, simple and often deliberately unclean. There are almost no limits to the choice of motifs. In the case of tattoos, the moment of creation counts more than what is depicted. This leads to collectors who once started to get such a tattoo spontaneously and from then on use unexpected opportunities to, for example, remember a great evening with friends, on which they had a crazy idea for a tattoo.

In the picture you can see the party flamingo engraved, by Patrick, on the arm of a just mentioned “collector”.