SNAKES AS A MOTIF 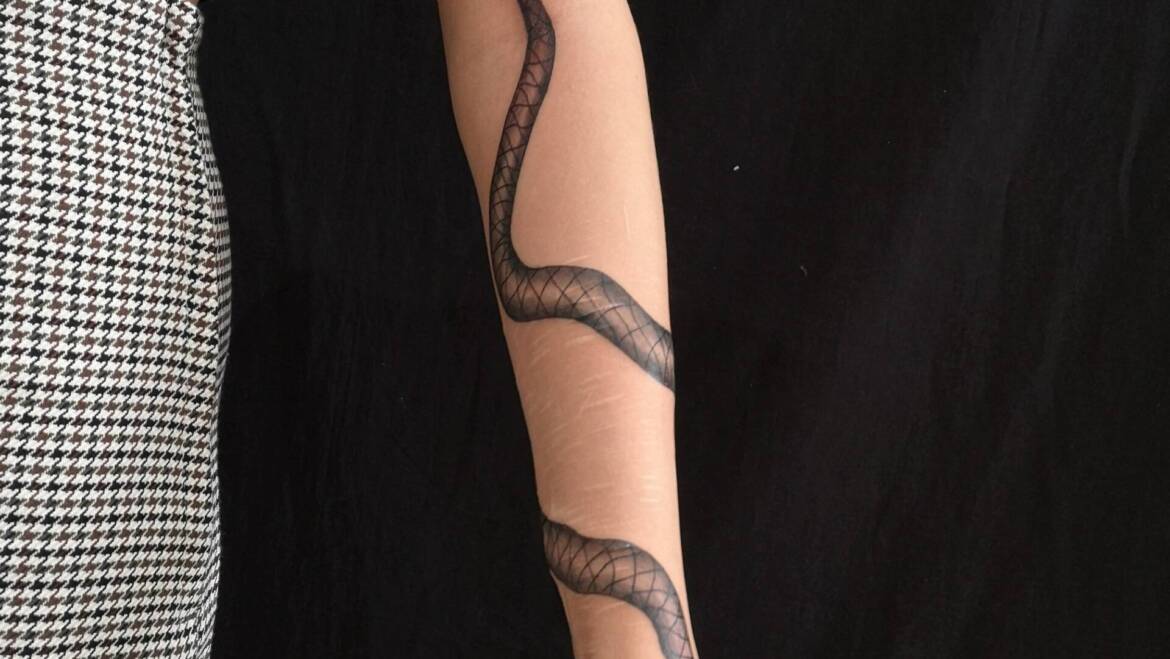 Snakes as a motif

Snakes have found their permanent place in many mythologies. Opinions regarding their meanings are very different. For many people, snakes are the main cause of discomfort, fear and disgust. This is despite the fact that hardly anyone has personal experience with the reptiles that are naturally shy. It is the horror stories of sea monsters, human-eating beasts and perhaps also the ungrateful role of the snake in Christian mythology that have earned snakes a bad reputation. They are a symbol of death because they are very dangerous and deadly with their poison or strength. On the other hand, thanks to their ability to shed their skin, they also represent rebirth and eternal life. In other cultures they are revered and considered sacred. They are a symbol of healing in medicine and were regarded by the Romans as a deity.

Snakes are mysterious, mystical and impressive. So it’s no wonder they’re such a popular tattoo motif. In addition, with their organic form, they adapt well to human physiognomy, thus beautifully emphasizing the curves of the body and making the body more interesting with its flowing and dynamic nature. In addition, snakes can be combined with many other motifs and are very versatile.

Our colleague Patrick has used the snake here skillfully, so that it wraps around the customer’s wrist and gives the motif a dynamic. 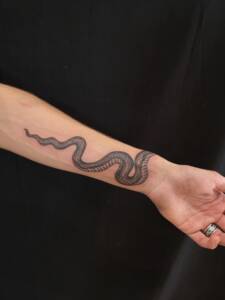